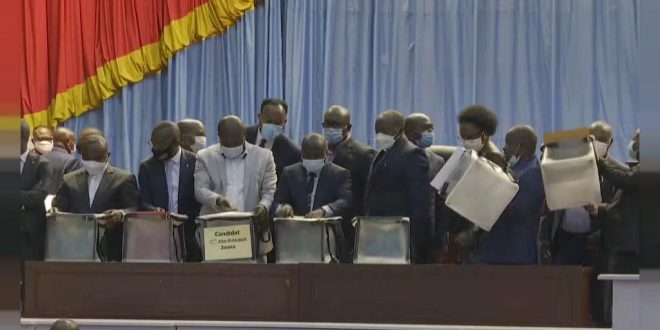 The March parliamentary session began on Monday in Kinshasa as the Democratic Republic of Congo has been without a government for two months.

Yesterday’s start of the parliamentary session comes one month after the appointment on February 15 of the new Prime Minister Jean-Michel Sama Lukonde who has yet to establish his cabinet.

Hence, the president of the Senate recalled the urgency of this issue during yesterday’s session in light of the challenges that await the new government team.

For many, it is unclear why the process has been dragging and for others, the idea of a government with 40 members is hardly feasible given the appetites and ambitions of the various political parties.

Several sources say that there are many differences over the distribution of ministerial posts.

Nevertheless, according to information from sources close to both the Prime Minister and President Félix Tshisekedi, it appears that the lineup of the new cabinet is to be announced this week.

In addition to the investiture of the government, the two chambers of parliament should tackle priority reforms, including the new electoral law and the appointment of new members of the electoral commission.