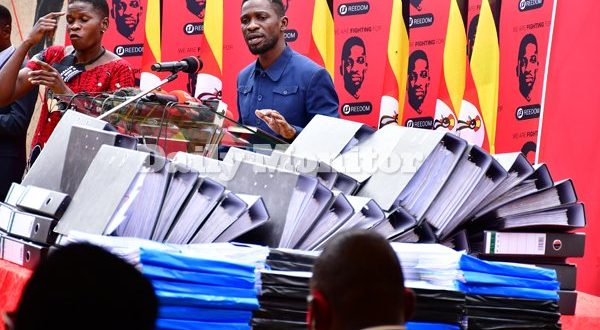 Bobi Wine urges his supporters to be disciplined

According to the leader of the National Unity Platform (NUP), some of his supporters have internally targeted some party leaders who have not warmed up to his clarion call for mass protests.

“The thing I want to emphasise is discipline. We need to be the ones on the good side and exhibit all discipline that there is. If you see that a leader is not doing something, use everything within your means to do it. There is no time to begin fighting amongst ourselves. We have to remain focused,” Dailymonitor quoted Bobi Wine as saying.

Bobi’s announcement last week was met with blanket security deployment, particularly in metropolitan Kampala, and no supporters have heeded his call for demonstrations that police vowed to stop.

Read also: Beijing is shrouded in a sandstorm, in addition to pollution

“We are going to be arrested, but when all the prisons get full, they will have nothing to do [with] us. They will not kill us all; so, let us not give up on protesting which is in your right to do as provided for in Article 29 of the Constitution,” he said last night.