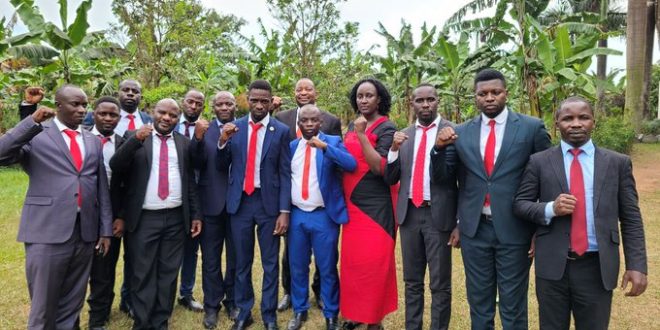 The Ugandan opposition leader Robert Kyagulanyi known as Bobi Wine has been released without charge following his arrest hours earlier during a protest.

He was leading a team of his party’s MPs in the capital, Kampala, to complain about the arrest and disappearance of supporters, before and since January’s election, BBC News reports.

On Sunday, Bobi Wine called on his supporters to protest peacefully against what he calls a rigged election.

He’s also demanding that security forces explain where their missing colleagues are. In a televised address, President Yoweri Museveni accused Bobi Wine’s party of trying to fix the election.