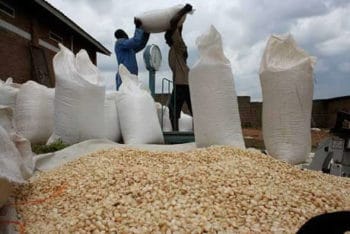 In a statement, Burundian Ministry of Commerce has banned maize grain and flour imports for the next six months starting 8 March.

The statement said recently imported maize was found to be “not good” and could affect people’s health but didn’t specify which countries the imports were from.

“While this grain and flour is being rejected by neighbouring countries… we need to make sure that it does not enter the country,’’ said Jeremie Banigwaninzigo, the permanent secretary in Burundi’s ministry for commerce and tourism.

The move comes after Kenya last week banned maize from Uganda and Tanzania over safety concerns.

Much of Burundi’s maize imports are from Uganda and Zambia but it’s not clear to what extent the country relies on imports to satisfy its needs.

The central African nation has had a good yield from the last crop season, the official said, reassuring consumers that the commodity would be available even with the ban.