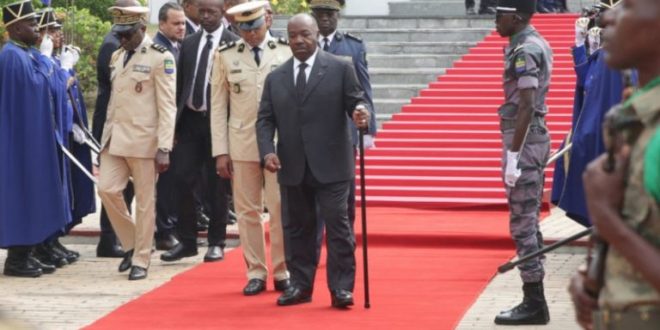 Ali Bongo, Gabon’s president is said to be “very weak”. After a stay of more than five months shared between Saudi Arabia where he spent 34 days and the rest of the time in Morocco, the Gabonese president would be once again interned for health problems.

Information circulating on the web affirm that the president of Gabon went to London with his wife last Wednesday.

He would be weakened to the point of being evacuated to London for further treatment, following his stroke.

Information on departure and the reason for this trip is still unclear, but some sources citing background information indicate that this is a private tour.

According to media reports, instead of Morocco, where he underwent almost all of his re-education, the president this time went to Great Britain where his wife, Sylvia Bongo, is said to have a residence.

Note that for the moment, no communication from the presidential palace has been made. It is therefore impossible to know where Ali Bongo is, let alone whether or not he was evacuated to London.