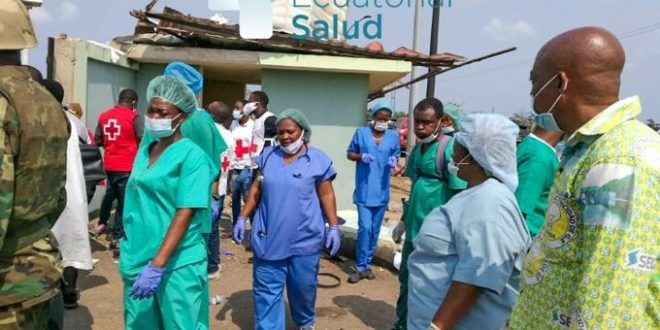 The death toll from explosions at a military base in Equatorial Guinea has risen to 105, the health ministry says.

Some 133 people are still in hospital, the ministry said in a tweet.

A total of 615 people were injured in the blasts.

The Sunday blasts hit the Nkoantoma military base in the country’s main city, Bata, and caused huge damage to buildings and homes.

President Obiang Nguema said the blasts had been caused “by the negligence of a unit charged with the care and protection of stores of dynamite and explosives”.