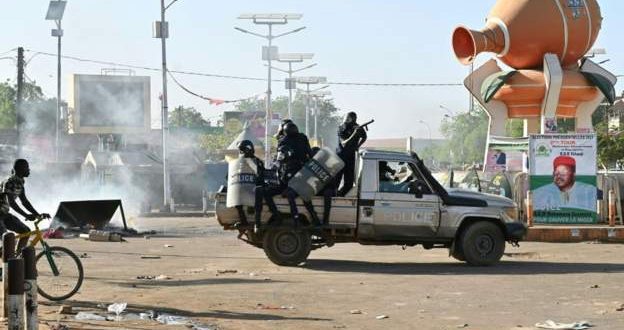 Hama Amadou, Niger’s opposition figure was imprisoned on Monday for his alleged role in the unrest that followed the result of the presidential election following three days in detention.

The authorities have also brought charges of “regionalist propaganda” and “speech inclined to set people against one another” against the opposition leader.

Opposition candidate Mahamane Ousmane who came with 44,25% of the vote, contested the results, alleging fraud.

Interior Minister Alkache Alhada had accused Amadou of being “the main author” of the unrest that broke out in the capital Niamey.

Amadou was banned from contesting the election result because of a conviction for baby trafficking, a charge he says was politically motivated.

Among those arrested is also the former chief of staff of the armies Moumouni Boureima, a close ally of Amadou’s, accused of being one of the “leaders” of the unrest in Niamey.