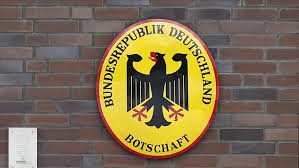 Morocco has announced that it has suspended contacts with the German embassy in the country over its stance on Western Sahara.

A senior Moroccan diplomat cited Germany’s reaction to the US decision in December to recognise Moroccan sovereignty over Western Sahara as a reason for the suspension of relations, Reuters news agency reported.

The diplomat also cited Germany’s decision not to invite Morocco to an international meeting about Libya last year.

There was no immediate response from the German embassy.

Western Sahara, a former Spanish colony, was annexed by Morocco in 1975. Since then it’s been the subject of a dispute between the Moroccans and the indigenous people, led by the Polisario Front.