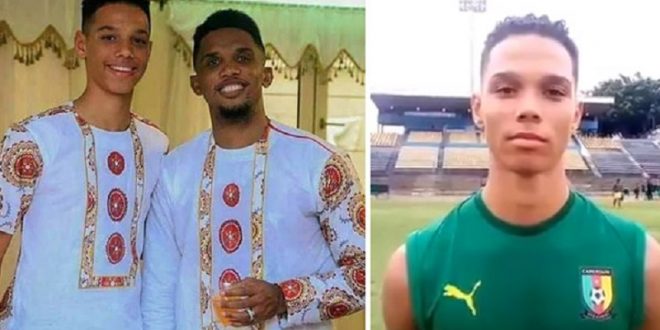 Etienne Eto’o Pineda intends to do more than his father

Etienne Eto’o Pineda, 18, son of Samuel Eto’o Fils wants to follow in his father’s footsteps and even do better than him.

The young international junior striker from Real Oviedo, Spain, has great ambitions for his career and has huge challenges.

“My father was a huge influence in my life because I have always admired him and want to learn from him and continue in his footsteps. I always want to be like him,” said Samuel Eto’o’s son, on the website of the African Football Confederation.

Let’s note that Etienne Eto’o was unable to play the last U17 World Cup in 2019 due to a decree from the Head of State which restricts this category to local players.