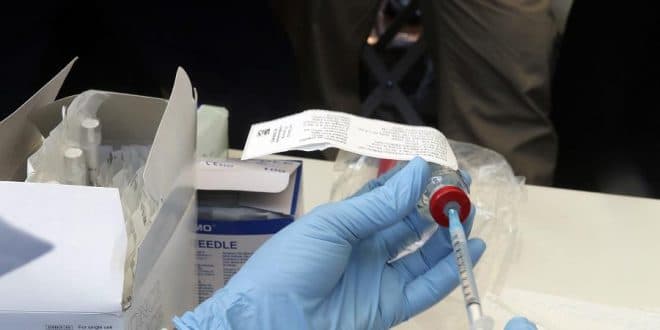 The vaccination campaign against Ebola postponed in Guinea

Ibrahim AMEDAHEVI 4 jours ago Africa, In the news, West Africa Leave a comment

Guinean health authorities have postponed an Ebola vaccination roll out that was to begin on Monday due to bad weather.

The plane carrying 11,000 World Health Organization vaccines was unable to land at the Conakry-Gebessia International Airport on Sunday because of bad weather conditions.

On Facebook, Guinea’s health ministry said that they planned to fly the supplies from Dakar on Monday and start the vaccination roll out one day late on Tuesday.

It is unclear whether is was possible for the Monday flight to take place.

Guinean health authorities confirmed on 14 February the resurgence of the Ebola epidemic in the country.

The new cases were reported in Gouecke, in the southeastern prefecture of N’Zerekore where at least six people have died.