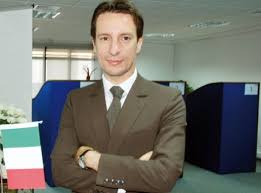 Italy’s foreign ministry says Luca Attanasio, the Italian ambassador to the Democratic Republic of Congo has been killed in an attack on a United Nations convoy in the east of the country.

An Italian military policeman also died in the incident near the town of Kanyamahoro.

Officials at the Virunga National Park say the attack was an attempted kidnapping.

Many armed groups operate in an around the park which borders Rwanda and Uganda.

Park rangers are regularly attacked and killed by militias.