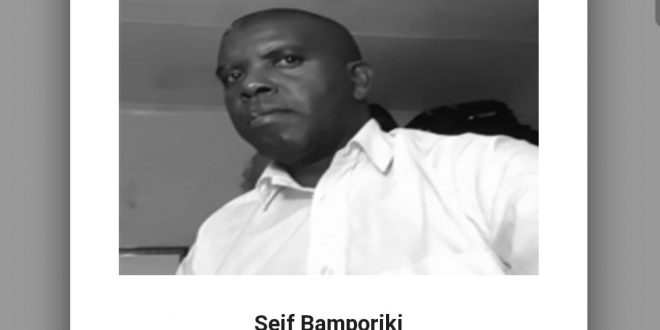 A Rwandan opposition politician, Seif Bamporiki, living in exile in South Africa, was shot dead while delivering a bed to a client in Nyanga on Sunday afternoon.

Reports say Seif Bamporiki was killed while delivering furniture to a client on Sunday afternoon in Cape Town. It is not clear whether the murder was politically motivated.

His mobile phones and wallets were taken by the assaillants before fleeing.

Let’s remind that Mr Seif Bamporiki is the coordinator of the Rwanda National Congress.

According to Etienne Mutabazi, the party spokesman, a client had made contact with Mr Bamporiki who runs a bed shop asking if he had a bed to sell.

The client then asked for the bed to be delivered in Nyanga township and drove with Mr Bamporiki and his associate to the area where the bed was supposed to have been delivered.

Read also: Death of seven soldiers of the Nigerian Air force in a plane crash

The details of what happened thereafter are yet to be confirmed, but Mr Bamporiki was killed by a single shot fired through the window of the vehicle.

Nyanga township is known to be one of the most dangerous townships in South Africa. At some point it had the highest murder rate per annum.