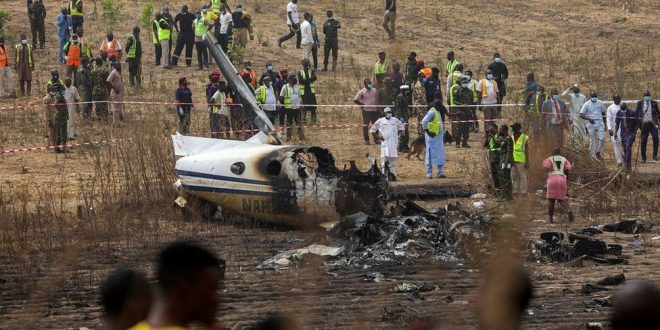 They were in total seven soldiers to lose their lives in a plane crash short of a runway in Abuja, the capital Sunday morning.

The army spokesman in a Tweet said that the Nigerian Air Force reported that crash is due to engine failure.

The plane was on the way to Minna, in the northern state of Niger to try to rescue 42 people who had been kidnapped.

An immediate investigation is ordered by the chief of the Air staff.

The air force in a series of tweet, asked the public to remain calm and await the outcome of the investigation.