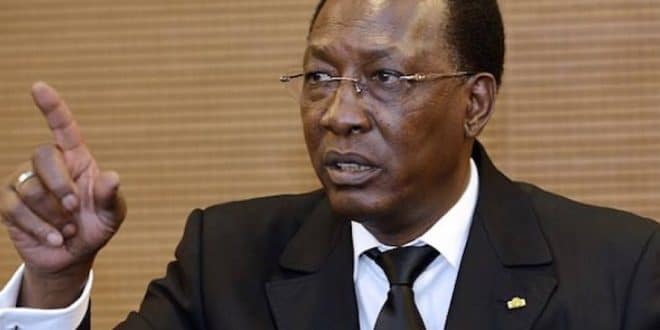 A Chadian court has sentenced an activist to three years in jail for writing that the country’s president was seriously ill and being treated in France.

The head of the Chadian Organisation of Human Rights Baradine Berdei Targuio was arrested in January 2020 after publishing the Facebook post about President Idriss Déby.

The Criminal Court in the capital N’Djamena found him guilty of “attacking the constitutional order”.

Mr Déby’s political opponent Saleh Kebzabo denounced the sentencing as “an unjustified and anachronistic political sanction” and called for his release.

Mr Déby is standing for a sixth term as president in April.

Last week, the Chadian government issued a new ban on anti-government protests ahead of the presidential election, citing a risk that they could trigger disturbances to public order.

During his 30 years in power, Mr Déby has been accused of authoritarianism and nepotism as well as failing to address the poverty that afflicts many of Chad’s 13 million people.

Despite oil wealth, the country ranks 187th out of 189 in the UN’s Human Development Index.