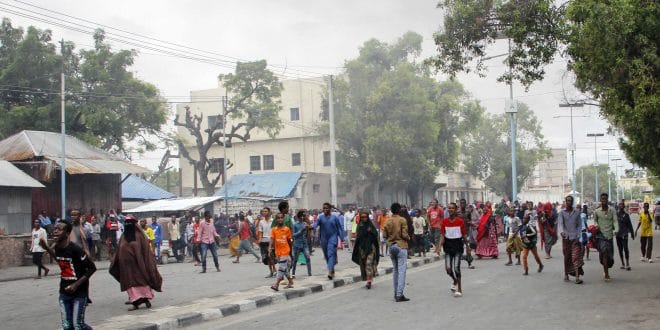 Opposition leaders in Somalia defy the government and held protests

Heavy gunfire has been reported in Somali capital, Mogadishu, as a group of opposition leaders defied a government ban on public gatherings and held protests.

Security forces have closed most roads in the city over the planned protests.

The opposition parties want President Mohamed Abdullahi Farmajo to leave office after his term ended last week – without the election of a successor.

Opposition presidential candidate, Abdirahman Abdishaku, was among those who tried to lead a march.

Read also: Biden to debut at G7 with vaccines, economy and China in focus

Security forces shot in the air to disperse some protesters.

Let’s note that international flights to Somalia are suspended and UN expresses its concerns over the clashes.