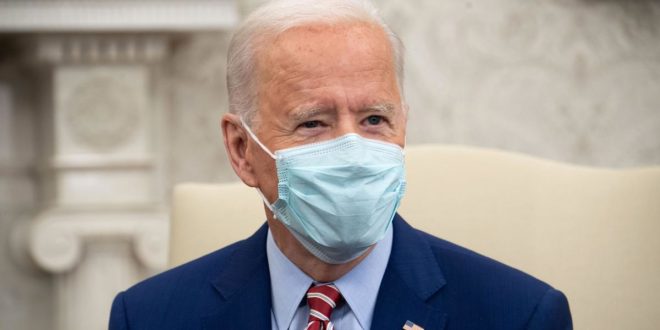 Biden to debut at G7 with vaccines, economy and China in focus

The new American President Joe Biden will attend his first meeting with Group of Seven leaders on Friday to discuss plans to defeat the coronavirus, reopen the battered world economy and counter challenges posed by China.

The COVID-19 pandemic has not only killed 2.4 million people but also trigged an economical crisis.

The White House spokeswoman Jen Psaki said on Thursday that Joe Biden “will focus on the global response to the pandemic, including vaccine production, distribution of supplies” and efforts to fight emerging infections.

China will also be on the agenda.

In his first major foreign policy speech as president, Biden cast China as the “most serious competitor” of the United States.

The G7 of the United States, Japan, Germany, United Kingdom, France, Italy and Canada has a combined gross domestic product of about $40 trillion a little less than half of the global economy.