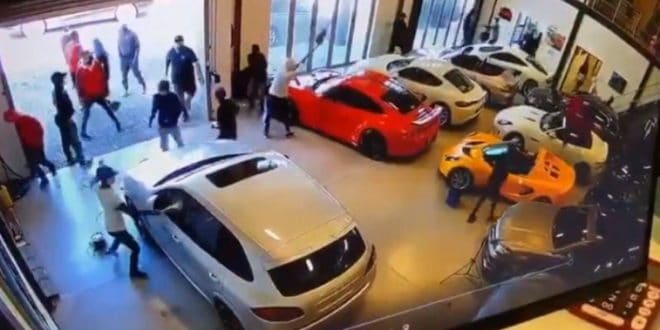 A gang’s raid at a car dealership in Cape Town, South Africa, has gone viral after footage of the incident captured by CCTV cameras found its way to social media.

It shows the gang entering the showroom, damaging vehicles and assaulting some staff members.

Local media have identified the dealership as The Toy Shop in Woodbridge Island, quoting the police spokeswoman.

Read also: Ivorian Minister of Reconciliation, KKB, will soon be in The Hague

A Twitter handle that monitors crime in Cape Town has shared the footage:

“The possibility that the incident is extortion-related cannot be ruled out,” Western Cape police spokeswoman Noloyiso Rwexan.