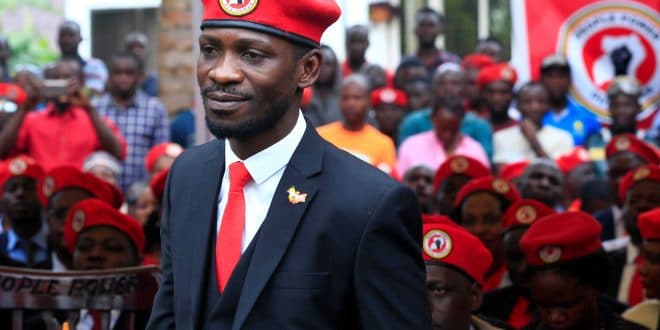 Bobi Wine accuses Justice Alfonse Owiny-Dollo of bias because of his close association to the president.

The opposition politician also wants two other supreme court judges to recuse themselves from the petition on similar grounds.

The three judges have not responded to the accusations.

Bobi Wine argues that the three cannot hear the petition without bias.

President Museveni won a sixth elected term last month. His main rival Bobi Wine said the election was rigged, but Mr Museveni said it was the fairest vote ever.