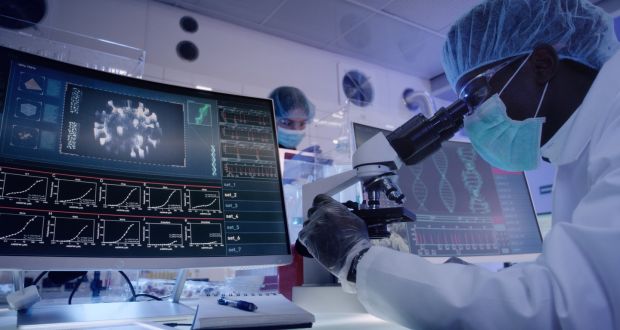 Coronavirus: another variant discovered in the UK

Scientists have identified another new variant of coronavirus in the UK with some potentially troubling mutations.

Researchers at the University of Edinburgh said the variant, known as B1525, has been detected through genome sequencing in countries including Denmark, the United States and Australia. Some 32 cases have been identified in the UK so far.

The earliest sequences were dated to December and cropped up in the UK and Nigeria, the scientists said.

The team reported the variant has similarities in its genome to the Kent variant, B117, and it contains a number of worrying mutations, including the E484K mutation to the spike protein – found on the outside of the virus that plays an important role in helping it enter cells.

This mutation is present in variants that emerged in South Africa and Brazil and is thought to make the virus better able to evade neutralising antibodies produced by the body.

Prof Ravi Gupta, from the University of Cambridge, is one of the scientists advising the government on new and emerging virus threats.

He said B.1.525 appeared to have “significant mutations” already seen in some of the other new variants.

Other alterations make it similar to the UK ‘Kent’ variant that experts say is more contagious than the original version of coronavirus that started the pandemic.

The concern is that the virus is changing in ways that could let it easily spread and escape from the vaccines that we already have to fight Covid.

Current ones were designed around earlier versions of coronavirus, but scientists believe they should still work against the new variants being seen now, although perhaps not quite as well.

Prof Gupta and colleagues have been running tests in the lab and say mutations like E484K do represent a threat to vaccines.

Scientists are already working on new vaccines that are a better match for new variants, in case they are needed ahead of next winter.

Tags another variant B117 B1525 coronavirus E484K en.africatopsuccess uk