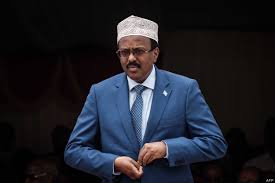 Somalia’s government spokesman Mohamed Moalimu has said a planned meeting next week will help end political uncertainty in the country.

He told the BBC’s Newsday programme that the government was always ready to facilitate free and fair elections.

The country missed the 8 February deadline to hold elections because of disagreements between regional and federal governments.

Mr Moalimu said all parties had been invited to Monday’s meeting.

“We will start the implementation of the agreement and the government is quite ready to implement that,” he said.

However, the president of Puntland, the region where the federal government plans to hold the meeting, has instead suggested that the event should be held in the capital Mogadishu.