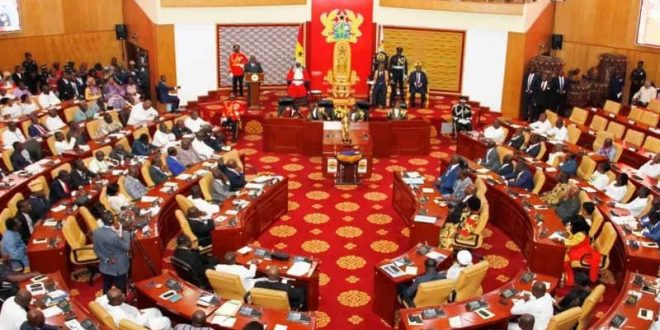 They returned positive tests following a recent round of testing, Speaker Alban Bagbin is quoted as saying in parliament on Thursday.

The infected lawmakers and staff have been asked to self-isolate while undergoing treatment, according to reports.

Parliament will consequently only sit on Tuesdays and Thursdays from next week, with entry permitted to MPs and staff needed for the business of those days, the speaker is reported to have said.

“There were complaints of some MPs dodging Covid-19 testing”, Citinewsroom site adds.

Ghana has so far recorded over 69,255 cases and 440 deaths since it reported its first case in March last year.