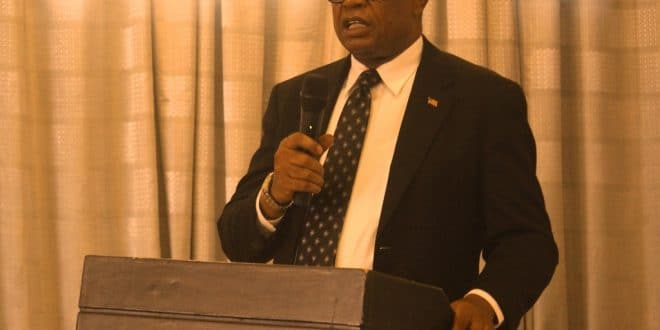 Liberia: the head of the anti-graft commission resigns in citizenship row

According to a government statement, the head of Liberia’s anti-corruption body, Ndubusi Nwabudike, has resigned. There were concerns on how he acquired his citizenship.

Mr Nwabudike is in fact of Nigerian origin.

Mr Nwabudike insists he is a Liberian and has denied any wrongdoing, but failed last year to prove to a senate committee his Liberian citizenship that had enabled him occupy top positions in the country.

President George Weah has accepted the resignation and thanked him for his service.

The resignation will take effect from 26 February.

In his resignation letter, Mr Nwabudike said : “my appointment was marred by public debate of my person rather than what contribution I can make towards the economic development of our country”.

“It does not serve the overall strategic interest of our government and our people if I were to constitute a distraction,” he added.