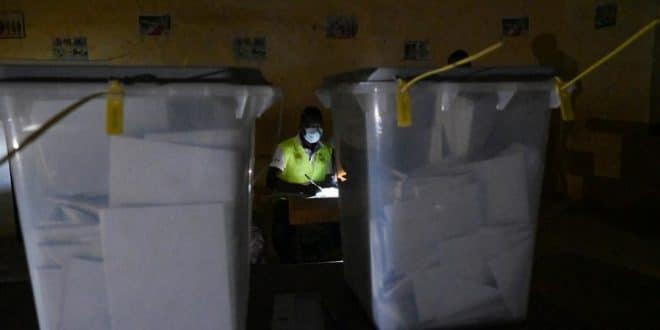 Second round for the Presidential election in Niger

Niger’s Constitutional Court confirmed in a ruling pronounced on Sunday that a second round of the presidential election is to be held on February 21.

The court noted that no candidate had obtained an absolute majority of votes in the first round whose annulment, partial or total cancellation claimed by opposition candidates was rejected by the Court.

“The Court receives the request of the President of the Independent National Electoral Commission (Céni) in the form, validates and proclaims the final results of the first round of the presidential elections of December 27 2020. The court, therefore, declares Mohamed Bazoum and Mahamane Ousmane candidates in the second round of the presidential elections.”

Mohamed Bazoum leads with 39.3% of the total 5.1 million votes followed by ex-president Mahamane Ousmane at 16.98%.

Candidates regroup for the second round

Bazoum and Ousmane must for the second round engage in negotiations with the 28 other candidates who did not place in a country where it appears that alliances are made and broken quickly.

Eighteen opposition parties including that of Ousmane, gathered in the coalition Cap 20-21, called the failed candidates in the first round to join the candidacy of the former president.

Benefiting from the support of Hama Amadou, the main opponent rejected from the ballot for a conviction in a case of trafficking in babies, Cap 20-21 has already threatened not to recognise the results of the second round if it is not “transparent and honest, without ballot-box stuffing.”

Ten other unsuccessful candidates in the first round including former president Salou Djibo have formed a second alliance, the Alliance of Candidates for Change (ACC), offering their support in the second round “to any interested candidate”, in return for power-sharing afterwards. The cumulated score of the ACC candidates does not exceed 10%.