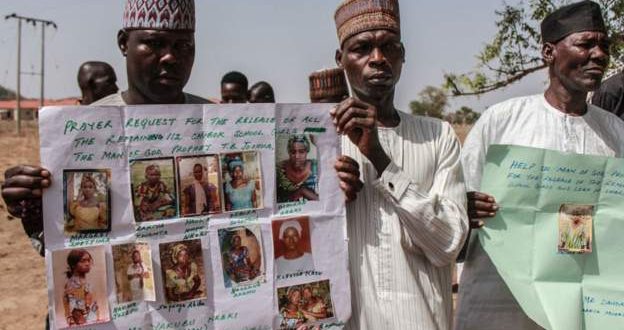 The Nigerian military says it does not have in its custody any of the schoolgirls abducted seven years ago in the northern town of Chibok, amid reports that some of the girls had escaped from their abductors.

Those who managed to escape are believed to be in Maiduguri, the capital of Borno state, although there are still few details known about how they fled.

In 2014 Boko Haram militants kidnapped 276 schoolgirls from Chibok, sparking an international outcry and leading to personalities like Michelle Obama, then the US first lady, to campaign for their release.

During a visit to Borno state on Sunday, the newly appointed army chief told journalists that it was his desire for the rest of the Chibok schoolgirls to be released.

Maj Gen Leo Irabor added that he would be glad if the ongoing military operations in the state had helped anyone to gain their freedom.

He promised that the military would intensify efforts to find those still missing.

The Chibok girls remain a powerful symbol of the security challenges plaguing Nigeria’s north-east. The Nigerian authorities have managed to secure the release of more than 100 of the girls, but many are still missing.