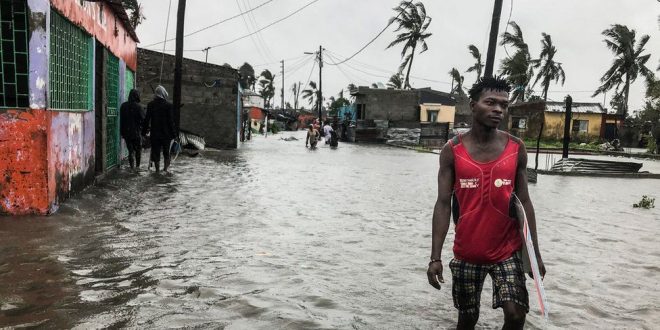 According to the authorities, at least 5,500 families in Mozambique’s central Manica province, have been stranded without access to aid after last weekend’s Cyclone Eloise.

The National Institute for Disaster Risk Management and Reduction (INGD) has been unable to reach them because of flooding.

Manica Governor Francisca Tomás says the families in Save village in Machaze district lack food and clothing and access is only possible by air, which INGD is trying to organise.

The authorities are also considering whether it is possible to use tractors to get through the flood waters.

In Manica province, Cyclone Eloise has destroyed at least 800,000 hectares of crops.

Meanwhile the council in Beira is organising a massive clear-up of waste strewn over the port city by the cyclone.

It could take 30 days, using crushing machines and 20 trucks, to remove it all, the authorities warned.