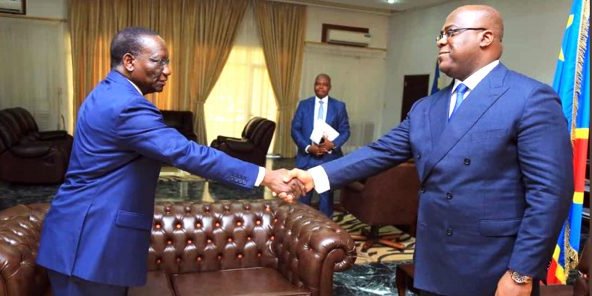 DR Congo : the Prime Minister is dismissed by the parliament

The Congolese Prime Minister Sylvestre Ilunga Ilunkamaba is dismissed by the members of parliament this Wednesday, January 27, 2021. This decision comes a month and a half after the break between the presidential camp and Joseph Kabila.

After breaking with Joseph Kabila, President Felix Tshisekedi takes a new step towards the establishment of a new government.

He was one of the last supporters of Joseph Kabila in the government. Prime Minister of Felix Tshisekedi since May 2019, Sylvestre Ilunga Ilunkamba was dismissed this Wednesday, January 27, 2021 following a vote on a motion of censure. Deposited on January 22 by the Deputy Chérubin Okende, (Ensemble pour le changement, the political party of Moïse Katumbi), the text has been signed by 301 deputies.

Out of the 382 deputies present at the opening of the session, 367 voted in favor of the fall of the Prime Minister and his government. According to the constitution, Sylvestre Ilunga Ilunkama now has 24 hours to submit his resignation and that of his government to President Felix Tschisekedi.