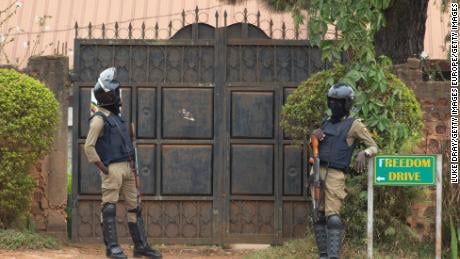 The house of Bobi Wine the Ugandan opponent is unexpectedly, still surrounded by the militaries despite the decision of the court that militaries and police withdraw from Bobi Wine’s house.

Although the army said it will respect the decision of the court, the soldiers are always surrounding the politician’s house.

Bobi Wine has not left his house in the outskirts of the capital, Kampala, since voting in the presidential election 11 days ago.

He tweeted that the military was still blocking access to all his visitors.

Journalists working for the Daily Monitor newspaper say military and police deployments had been reinforced on the road leading to Bobi Wine’s residence and checkpoints increased.

Two cars carrying journalists heading to home on Monday evening were stopped and ordered to go back.