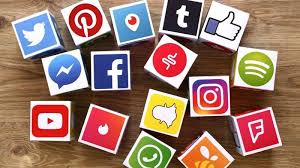 Uganda: the authorities threaten those who use VPN

Few days after the announcement of the presidential elections results, social networks are still blocked in the country. The connection had been restored but Facebook, Whatsapp, Twitter, and the other social networks remain inaccessible. The population however found a solution to that problem.

Despite the blockage of social networks for almost two weeks, many internet users in Uganda continue posting on their Facebook, Twitter and Instagram accounts thanks to Virtual Private Network (VPN).

The Ugandan Minister of Information and Communications Technologies, Peter Ogwang expressed himself on local medias to denounce the use of these virtual private networks. According to the Minister, the government has the means to cut the sites offering their download, and in the second hand to block the connection of those who are already using them.

While affirming that he is himself online to identify those who are using VPN, the Minister on his twitter account warned the Ugandans who bypass restrictions in order to encourage the population to violence.

For the moment, no recorvery date of social networks has been announced. The Ugandan government spokesperson Ofwono Opondo states that the partial service of the internet would be extended “according to the events during the initial opening phase.” He then avised the internet users particularly “those of the opposition” not to use the connection “in order to promote hate messages and threats”.