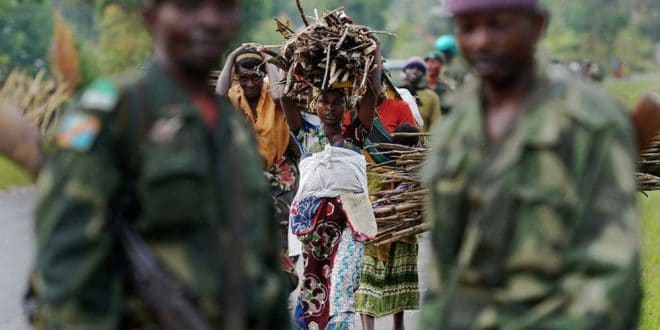 Residents in Lubumbashi, the economic capital of the Democratic Republic of Congo are denouncing an increase in chronic insecurity supposedly brought on by the curfew decreed on December 18 in response to the COVID-19 pandemic

Several women allege they have been sexually assaulted in their homes during robberies between 9p.m and 5a.m, perpetrated mostly by men in uniform.

The chronic insecurity affects the designated middle class or the poor who reside in the outlying district much more than the wealthy (i.e. expatriates and well to do households) who live in secure villas.

On Tuesday, January 12, at around 8 am, five armed men robbed and wounded a “cambiste” (stockbroker) in the city centre. His father had been killed in a robbery last year.

Aminata Mukalay, a local shopkeeper, is frustrated by the impunity on the ongoing situation.

“It is not understandable that a soldier with weapons and ammunition should open fire in the town centre, firing about 50 bullets without restriction, it is not normal. This story must be a challenge to the interior minister and the governor, so that they do their job.”

Louis Segond Karawa, the Head of Police, expresses his position on the matter.

“We have indeed noticed that it is during this period of the curfew that there are acts of delinquency, appropriation and violence that we live in the city. There are always some black sheep, we can’t deny that, but every time we notice cases directly linked to our security forces, we don’t hesitate to question them, to give out more severe sanctions.”

The nationwide curfew continues to be in effect throughout the Democratic Republic of Congo which has recorded some 21,000 coronavirus cases since the pandemic’s onset in March, mainly in the capital Kinshasa.