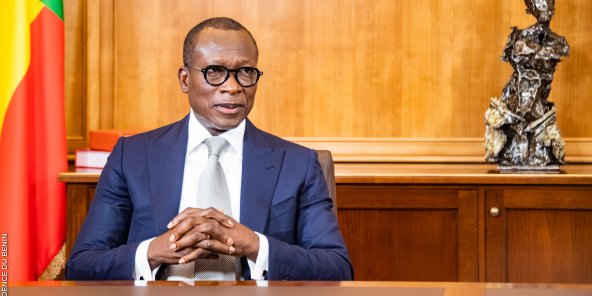 It remains three months to go before the presidential election in Benin, President Patrice Talon opened the election campaign with an announcement of his candidacy for a second term supposedly in the spirit of strengthening good governance.

A surprise for some in light of the president’s declaration of wanting to serve a single term at the time of his election in 2016. But not so much for opposition camps who had no doubt that the president would file a candidacy bid as they believe that he has had an authoritarian hold on the nation since he came to power.

Perhaps not completely unfounded as Talon has been accused by his critics of having used the country’s legal system, with the creation of a special court, to keep his main opponents away from politics.

In December, the African Court of Human Rights handed down a new ruling against the Beninese state ordering the annulment of the recent constitutional revision, but it has yet to be implemented

Early January saw the Constitutional Court of Benin declare itself incompetent to judge an appeal against the sponsorship system, leaving the issue unresolved.

Part of the opposition has since created a grand coalition called the ‘Front for the Restoration of Democracy’ in an attempt to influence President Talon in the elections.