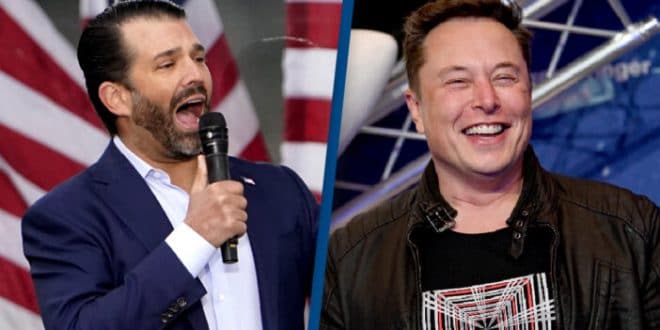 It is an suggestion of the son of Donald Trump, who is temporarily or definitely banned from Twitter, Facebook, Youtube, Twitch and Shopify. In a short video posted on Intagram, informs BMFTV, Donald Trump Junior submitted the idea of a new social network created by Elon Musk and conducive to total freedom of speech.

“If Elon Musk can send people to space, I am sure that he can design a Twitter, much better”, has he estimated by launching directly a call to the american businessman who became recently the most richest man.

“I think that it will be apreciated by a large number of American and they will support it from the bottom of their heart”, has estimated Donald Trump Jr about this “unbiased platform”. And to add that about 75 million American are feeling marginalized because of the strenghtened moderation rules on the most social networks.

According to many observers, the project has a slim chance of succeeding.