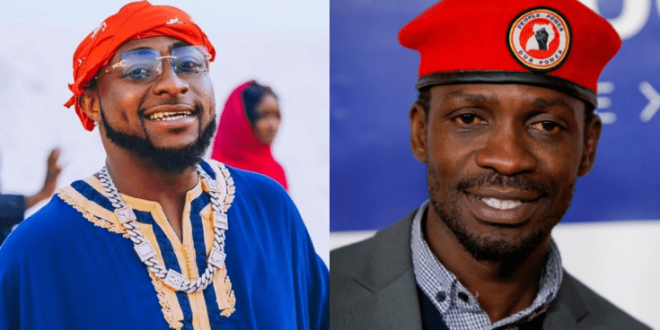 Jonathan Carreidas 14 January 2021 In the news, Politics Leave a comment

The Nigerian singer, songwriter David Adeleke also known as Davido, has taken his Instagram account (@davido) to declare his support to the Ugandan Singer, politician, actor and businessman Robert Kyagulanyi Ssentamu, a.k.a. Bobi Wine, in the ongoing Ugandan Presidential election set to hold on Thursday 14 January 2021.

He also leads the People Power, Our Power movement in opposition to President Yoweri Museveni.

In June 2019, he announced his candidacy for the 2021 Ugandan presidential election.

Davido’s post captioned a picture of the presidential candidate with a flag of the Ugandan flag behind it.

Let’s note that Bobi Wine, says he represents the younger generation, while Mr Museveni says he is standing for stability and dozens of people have been killed in the run-up to the election.