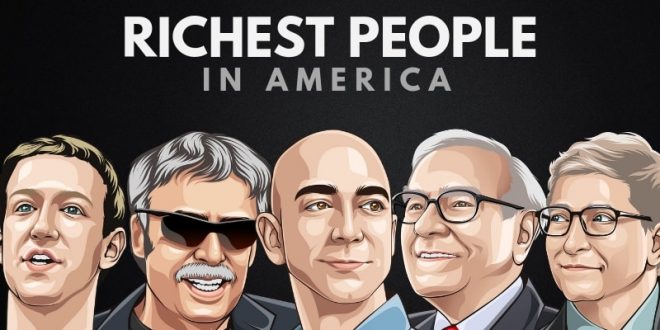 Countries with the largest number of billionaire: the US always at the top of the ranking

In the whole world, the number of billionaires continues growing. Among the 7 countries with the most billionaires, the United States are at the top according to Jagran Josh

Among these billionaires are the must-haves like Jeff Bezos, Bill Gates and Mark Zuckerberg

China is in second place thanks to personalities like Ma Huateng, Jack Ma, Xu Jiayin and Wang Jianlin.

Germany has 107 billionaires including Beate Heister and Karl Albrecht Jr.

The richest of the 102 billionaires in India is Mukesh Ambani.

among the richest people in Russia are Vladimir Potanin, Vladimir Lisin and Leonid Mikhelson.

Hong Kong is not left out with its 66 billionaires and among them are Li Ka-Shing, Lee Shau Kee and Lee Man Tat

Brazil comes 7th on the list of 7 countries with the largest number of billionaires including Joseph Safra, Jorge Paulo Lemann, Eduardo Saverin and Marcel Herrmann Telles.