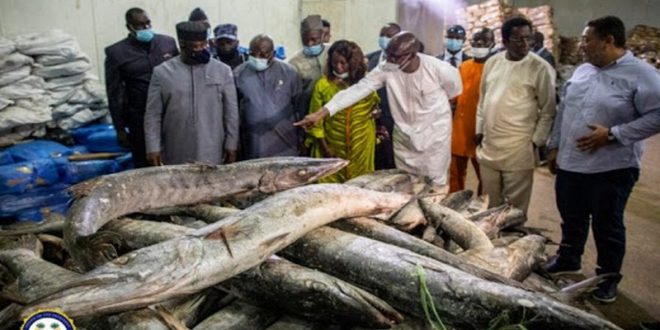 The first fish processing plant in operation in Sierra Leone

Sierra Leone takes a step forward. The country has opened its first fish processing plant. Sierra Fishing Company is the name of this structure which started its activities in Kissy Dockyard, at the East of the Capital Freetown.

15 million dollar is the amount that was used to set up this factory on which the country’s hopes are based. According to an official government statement, it will help develop an important sector of the economy as well as the fish produced in the country.

The project will also allow the creation of nearly 1 000 skilled and unskilled jobs. The factory’s role will be to sort, store, freeze and package fish for the local market and for export. The authorities reassure that serious monitoring will be done to control the type of fish selected, the quality and safety of the fish packaged in favor of the market.

The fishing sector contributes 12% of the country’s Gross Domestic Product (GDP) and employs over 500 000 people.