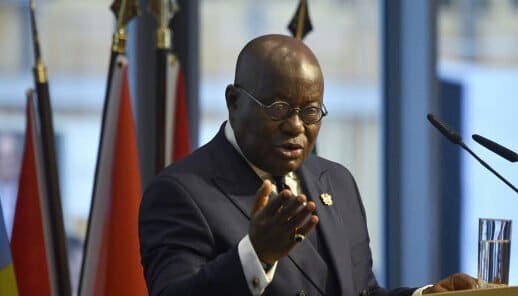 Jonathan Carreidas 8 January 2021 In the news, Politics Leave a comment

Re-elected for a new term of 4 years, the Ghanian president Nana Akufo-Addo has officially been invested this Thursday, January 7. Several African personalities such as Faure Gnassimgbe from Togo have taken part to this ceremony.

Nana Akufo-Addo is then starting a second term of four years without having parliamentary majority. It is the first time since the beginning of the fourth Republic in 1992 that the executive power and the parliament have not the same political colors.

Read more:Ghana: fight between the deputies in full session

This imbalance risks to hinder the political actions of Nana Akufo-addo who intends to work in union with the new Head of parliament Alban Bagbin, deputy of the opposition. However things could be complicated by the division between the deputies of the Power and those of the opposition.