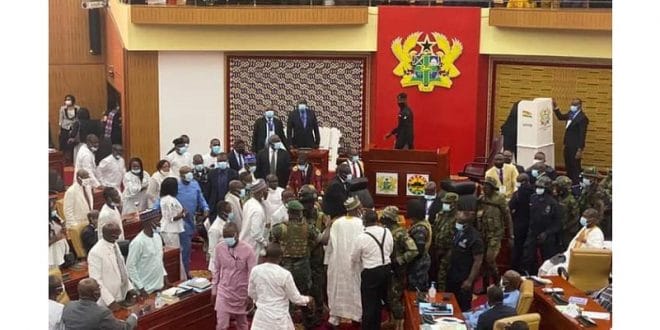 Ghana: fight between the deputies in full session

The Ghanaian Army has to intervene in Parliament in order to restore order after between the members of the party in power and those of the opposition whereas the election of the President of the House had occured.

A deputy of the ruling party attempted to seize the ballot box containing ballots; it is what creates the situation. Finally, it is a deputy of the opposition , of National Democratic Congress (NDC) who has been elected.

“The Army has not its place here“, have said the members of the opposition who consider this situation as a shame for the Ghanaian democracy.