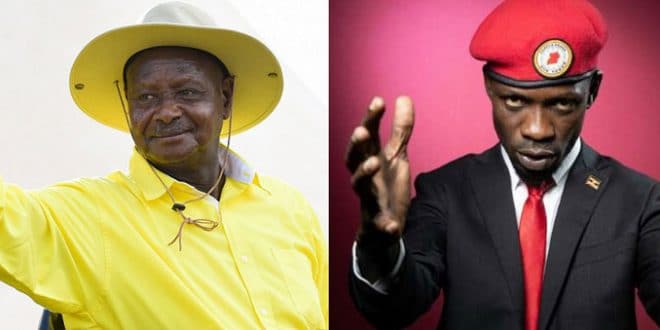 Uganda: presidential election, all could be played in the province of Buganda

A few days before the presidential election in Uganda on January 14, all eyes are on the province of Buganda, which could hold the key of the poll. This central kingdom has always voted for outgoing President Yoweri Museveni, in power since 1986. But that could change next Thursday.

In terms of numbers, the Buganda does not weigh heavily. The three million Bagandas, name given to the members of this Ugandan ethnic group represent only 16% the total population of the country …

But in terms of importance, it is the most influential province in Uganda, explains Yusuf Serunkuma, a researcher at Makerere University.

Uganda is a variation of the name Buganda. The capital Kampala is located in this province. Buganda is a crucial constituency, beacuse it is the home of the most important tribe in the country. It is very difficult to rule the country if you are not on good terms with Buganda.

Lately, the good understanding between the government of Museveni and the kingdom of Buganda has started to crumble.

Last November, Uganda was rocked by violent protests, triggered by the arrest of opponent and singer Bobi Wine, a native of that province.

Read more:Uganda: The opponent Bobi Wine returns to the campaign after Sunday’s clashes

An event which accentuated the tensions between the small kingdom and the outgoing president, estimates Joseph Ochieno, political analyst.

“The appeal of Robert Kyagulanyi, aka Bobi Wine, can be seen in terms of identity. The people of Buganda identify with him because he comes from their home. For long time, the Bagandas could not find anyone to represent them, Bobi Wine made known the kingdom and more widely all of Uganda. “

In the past, the outgoing President Yoweri Museveni, a candidate for his own succession, has been criticized for offering key posts to members of his tribe, to the detriment of others.