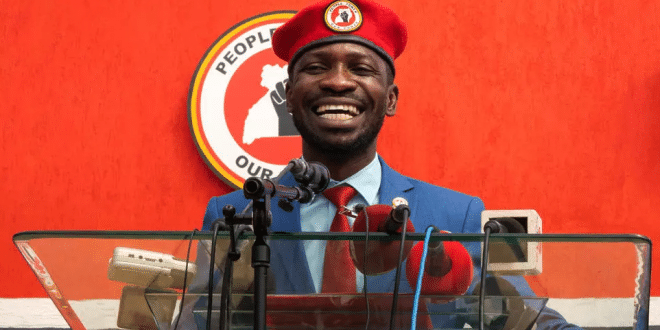 Uganda: The opponent Bobi Wine returns to the campaign after Sunday’s clashes

This Sunday, the candidate for the presidential election scheduled for January 14, suspends his meeting, after violence in the sidelines of one of his trips. This Wednesday, December 30, he must go to bugala island on Lake Victoria before starting his tour in the East of the country.

He said he was more determined than ever to continue his campaign and there’s no way of abandoning the presidential race. This is the message that Bobi Wine wanted to convey this Tuesday.

“We will release this country”, has affirmed the candidate whose real name is Robert Kyagulanyi.

During his press conference, the opponent returned at length to Sunday’s events near Masaka and notably on the death of one his bodyguards, according to him hit by a military vehicle. Ugandan army spokesman denies this assertion.

Bob Wine has also condemned the attacks of soldiers against journalists who follow his movements.

“The regime is afraid of the truth”, has declared the candidate while continuing to ask medias to film and expose acts of violence.

After having paused meetings since Sunday, the opponent is therefore back on the road this Wednesday, December 30 to continue his campaign.

“Everything that has happened gives us even more reason to fight”, he assured to the applauses of his supporters.

“We said to our supporters, that we are going to meet them in one way or another”.