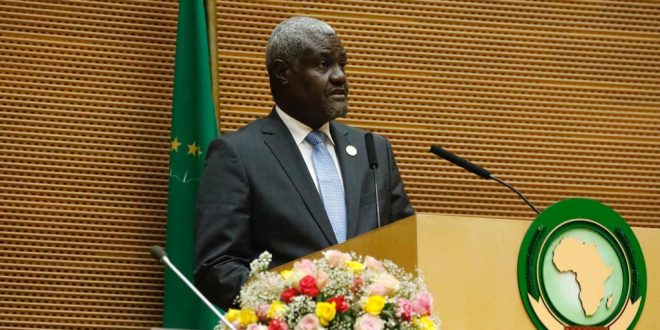 African Union is worried about central African republic’s actual situation. Facing the upsurge of violence that make rage in the country, African union condemns and challenges.

In a statement published Monday, the African’s union president Moussa Faki Mohamat has expressed his concerns facing the turns of the events in Central African Republic.

To believe Anadolu agency, Mohamat has vigorously condemned the proliferation of acts of violence in some areas of the country which caused death of many persons and which tend to disrupt the current electoral process.

Presidential elections and legislatives are predicted on 27th December 2020. The country is ravaged by troubles on the approach. The outgoing president Faustin Archange Touadera presents himself for a second term whereas his principal challenger and former President Francois Bozize’s application is rejected.

This latter is accused of being behind these acts of violence