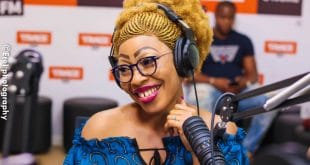 Lolo Beauté: I was a christian

Louise Makosso a.k.a Lolo Beauté, the Ivorian queen of the most caustic buzzs on social networks, has just revealed a part of her life in a show on an Ivorian television channel.

“I was a Christian. I was hungry so I downgraded. Our father is a pastor. So I grew up in a religious universe. Teenager, I was very anchored in the Christianism. But I downgraded. I started doing stupid things. (…) Honestly, I didn’t get married for love. But because I was hungry, ” she revealed in the peopl’emik show.

Read more:Case of the shooting with Booba: Kaaris is exonerated