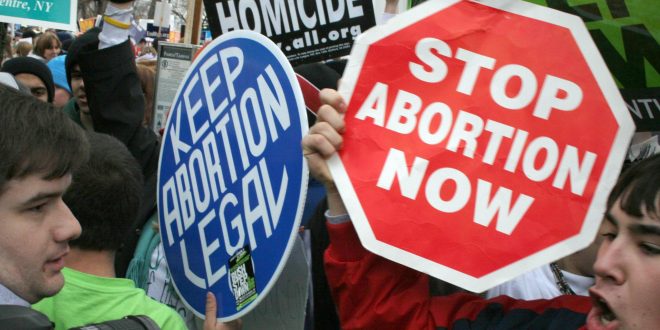 Abortion: main cause of death in the world

Jonathan Carreidas 6 January 2021 In the news, Religion Leave a comment

42.6 million! It is the number of abortions performed during the year 2020. This figure published by Worldometer, which is based on data made available by the World Health Organization (WHO), is cold in the back and moves the cursor on the dangerousness of this practice as well as what the bible says about abortion.

It should be noted that more than 40 million abortions are performed each year around the world, with a record figure reaching the 42.6 million mark last year. According to the Christian Post , this figure far exceeds that of the leading causes of death in the world, note.

” But if abortions were considered a cause of death rather than a simple health statistic, the number of deaths worldwide in 2020 would increase to more than 100 million “, underlines the  Christian Post. And abortions are said to constitute more than 4 out of 10 deaths each year.

The argument put forward by supporters of the Right to abortion is very simple. For them, there is a difference between the embryo and the fetus in the sense that the first is a “being in potential” while the second is a “being in act”. To put it simply, an embryo, according to them, is not yet a human life; so, to cause a pregnancy to fail at the embryonic stage is not an attack on life. A philosophical question after all. This question has been extensively addressed by the French philosopher Laurent Fidès in his book ‘F ace au discours intimidant, an essay on the shaping of minds in the era of globalism ‘. For him, many words are trapped.

“ In reality, we should not tell stories: the right to abortion has nothing to do with ethics, it is a choice of society that corresponds to the contemporary way of life of the educated middle class , urban, in which the woman works, exercises responsibilities, aspires to a career, etc. It is conceivable that society is not ready to make another choice, but to hide behind a “fundamental right” is really to give into sophistry. We see here that there are taboos. I think it is not healthy ”.

What does the Bible say about abortion?

Neither in the Old nor in the New Testament is there any mention of abortion. Not even a word to talk about abortion. In other words, the Scriptures never openly dealt with the matter. However, there are passages in the Bible that clearly show us that God is against the willful suppression of human life.

“Before I formed you in your mother’s womb, I knew you, and before you came out of her womb I consecrated you, I made you a prophet of the nations” Jeremiah 1: 5. “It is you who formed my kidneys, who knit me together in my mother’s womb. I praise you because I am such a wonderful creature. Your works are wonderful, And my soul knows it well. My body was not hidden from you, When I was made in a secret place, Woven in the depths of the earth. When I was only a shapeless mass, your eyes saw me; And on your book were all written The days which were destined for me, Before any of them existed ”, Psalm 139: 13-16. These verses and many others teach us that the concept of the human person is subordinate to the breath, as we can read in Genesis 2: 7: “The Lord God made man out of the dust of the earth. , he breathed in his nostrils a breath of life and man became a living being ”.

Against these passages, defenders of the right to abortion oppose the case of pregnancies contracted after incestuous sex or following rape. it is just the beginning.