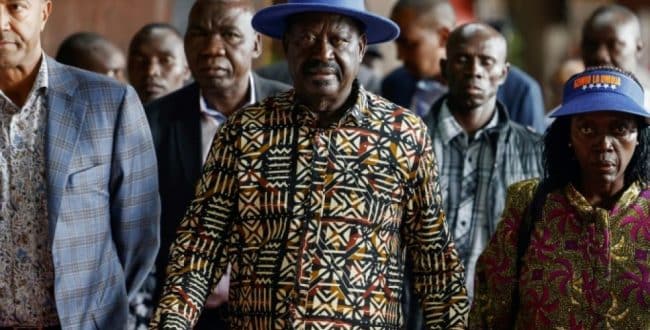 Kenyan opposition leader Raila Odinga has called on his supporters to resist the government of President William Ruto, saying its disputed election last August had robbed it of legitimacy.

Ruto’s Kenya Kwanza coalition eked out a narrow victory over Odinga in the election, whose result announcement was accompanied by chaotic scenes at the national tallying centre, and his victory was upheld by the Supreme Court.

Raila Odinga said he and his movement “totally reject the outcome of the 2022 elections”, which was received with great cheers and applause from Kenyans.