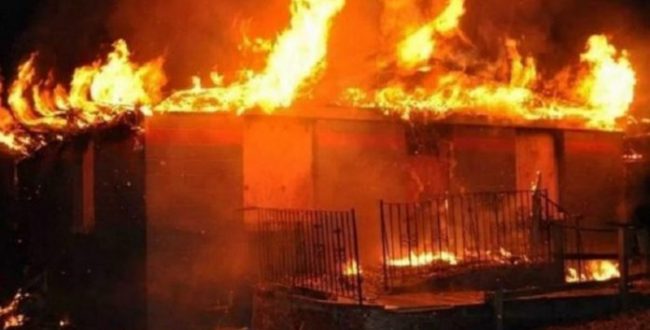 Nigeria: a man strangles his girlfriend in his house

A man and his lover have died in a fire incident in his house in the Oyigbo Local Government Area of Rivers State, Nigeria, according to reports.

“The man invited his girlfriend to his house then interrogated her over an alleged affair she had with another man, which led to an argument between the lovers,” according to information.

“The man later strangled her and set his apartment ablaze as a way to cover his track, but was caught up in the inferno. He was burnt to death with the girl’s corpse inside the house,” according to eyewitness.

The girl died and the man was taken to a hospital where he was receiving treatment, but later died.

The police have launched an investigation into the incident to find out what really happened.