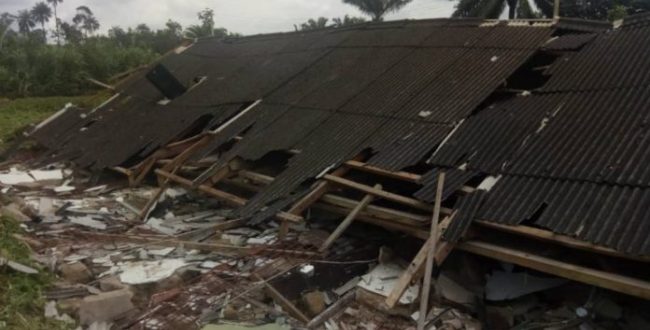 Ghana: a 2-year-old girl died after a church collapsed

A church building has suddenly collapsed, killing a two-year-old girl and also causing body injuries to a 45-year-old man at Abuakwa, kumasi, Ghana, according to reports.

“The man and the girl were passing by when the building collapsed while the church building was under construction but caved in,” according to reports.

The victims were rushed to the Kwadaso SDA Hospital for treatment but the girl was pronounced dead on arrival.

The injured man is currently responding to treatment in a medical facility at Kwadaso in Kumasi.

The lifeless body of the deceased, identified by the police has been deposited in a morgue for autopsy.