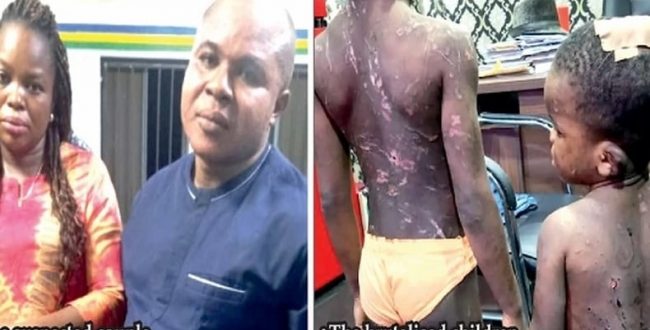 The woman with the help of her new lover subjected the children to assault, according to reports.

Unhappy with the assaults, the couple’s neighbors reportedly called the police who arrested the suspects.

When confronted, the woman denied any wrongdoing, saying the children fell off the motorbike and suffered serious injuries, Pulse website reported.

Confirming the incident, Lagos Police Public Relations Officer (PPRO), Benjamin Hundeyin said the arrested couple would appear in court on Monday, January 16, 2023, adding that the biological father of the children had been alerted.