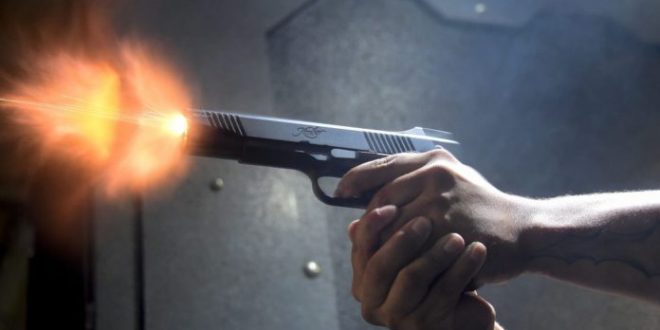 A military man allegedly shoots a man at Aflao

A 35-year-old man is battling for his life after he was allegedly shot by a military man at Aflao in the Ketu South Municipality of the Volta Region, Ghana, according to reports.

Several gunshots were heard to have been fired, at the Beat 9 market at Aflao during a confrontation between some security officers and motor riders, reports indicate.

“I was at the emergency when they rushed the man to the unit. The leg was almost gone as a result of a gunshot and we were told that there was a confrontation and the military guy opened fire,” a nurse told Starrfm.com.gh.

The victim sustained a fracture in his tibia (shin bone) and fibula (calf bone) with the leg almost cut off.

It is yet to be established what caused the incident.