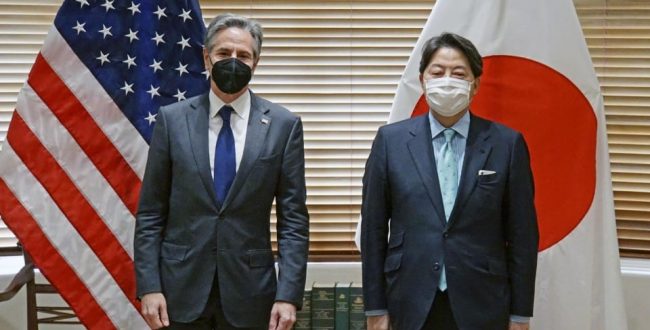 The United States and Japan on Wednesday flaunted their “strategic alignment” on defense that extends into space amid growing concerns over China and tensions over Taiwan and North Korea.

“We agree that China poses the most important strategic challenge to the two countries,” said the head of the American diplomacy, Antony Blinken, at the end of a meeting in Washington with his Japanese counterpart Yoshimasa Hayashi, as well as the American and Japanese defense chiefs.

Speaking at a joint press conference, Antony Blinken assured that the United States “warmly welcomes” the new Japanese defense posture and clarified that the security and defense agreement between the two countries also applies to space.

For his part, the American Minister of Defense, Lloyd Austin, announced the deployment by 2025 of a rapid reaction force of Marines in the Japanese island of Okinawa to strengthen the defense of Japan.