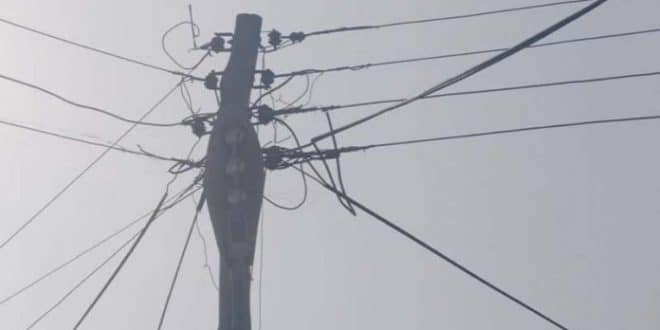 “The children were playing under cable when the unfortunate incident happened,” according to family.

“I heard the children shouting for help and rushed to the scene but i found them on the ground with the cable on them,” an aunt of the deceased narrated.

The two victims were rushed to the Kasoa Polyclinic but the 10-year-old was pronounced dead upon arrival with the six-year-old still on admission receiving treatment.

They revealed that was not the first time such an incident had happened on the same line.

They called on the ECG management to come and change the cables to save lives and property as they’ve been there for more than 30 years.