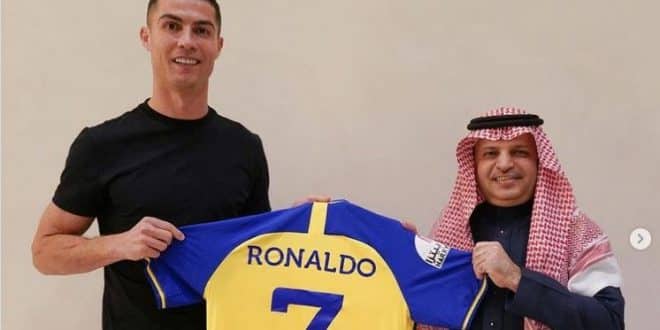 Elise ATAYI 4 weeks ago Europe, In the news, Society, Sports Leave a comment

In just 24 hours the jerseys with Cristiano Ronaldo’s name were all sold after his contract with Al-Nassr, costing several thousand euros.

This is already millions of CFA francs!

The gadgets are in high demand in Saudi Arabia, especially since fans are waiting for Ronaldo’s first appearance in the team.

This explains why the global star has already offered millions of euros to Al-Nassr.

According to the daily kvk, in just 24 hours Cristiano Ronaldo’s jerseys sold generated 3 million ريال سعودي ( or about 493,625,800 FCFA).

The boss of the Al Nassr store remains amazed.

“I have never seen this in my life, customers are forced to come with their jerseys to only add the flocking,” he enthused.