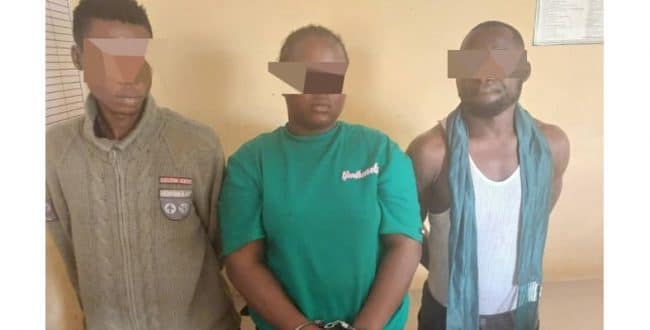 The Delta State Police Command has arrested three suspects, including a woman, who allegedly kidnapped, raped and defrauded victims they met on Facebook in Ufuoma, Delta State, Nigeria.

This was disclosed by the command’s spokesperson, Bright Edafe, via his Twitter.

He said that one of their victims, who sighted them, gave the information that led to their arrest.

“The suspects lured girls they meet via Facebook to a hotel, where they raped and held them for ransom from their family members,” according to him.

The lady among the suspects was the one who took the victims to the hotel.

So far, 20 girls had fallen into the hands of the gang.